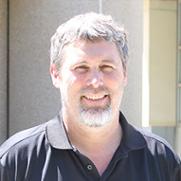 Born and raised in Riverside, Sean Drake graduated from North High School in 1989. He pursued a degree in pure mathematics, earning a bachelor's degree in 1993 and then a master's degree in mathematics from UC Riverside in 1994. While teaching at North High School, Drake became an adjunct faculty member at Riverside City College. Then in 2000, after three years as an adjunct faculty member, he was hired full time at Moreno Valley College, earning tenure in 2004. Since 2017, Drake has also served as chair of the Mathematics department. Seven times he has been named Outstanding Faulty of the Year in mathematics. He was awarded the rank of Professor in 2020.

At Riverside Community College District since 2000.